Missoula, Montana is a beautiful city to live in, with mountain ranges, places to hike and many other outdoor activities. Montana has all four seasons, but with that comes very harsh winters.

Some of the main problems that are found during home inspections in Missoula are due to the effects of the climate and weather.

The amount of snow that the state of Montana gets is staggering. Since it is located so far up at the top of the United States, it gets more snow than a majority of the other states in the US.

Snow can be very detrimental to the roof of a home, because it can make the roof have a lot of pressure on it from the weight of the snow. The cold temperatures of Montana also make it harder for the snow to melt, leaving way for the roofs to break under the pressure.

If they do not break, the roofs of Missoula homes need to be repaired frequently, because they withstand so much from the elements throughout the year. While the winters are very cold, the summers can be quite warm and allows the sun to weather the roof as well.

Missoula is one of the top places in the United States to find Radon gas. The amount of radon that is detectable in Missoula is on average 7.2 pCi/L, significantly higher than the national average, which is 1.3 pCi/L.

Since radon is a very dangerous gas, and is common in montana because of the igneous rock that is found in a lot of the rock underneath homes.

Inspectors typically find radon levels are high when they are inspecting homes and do a radon test. Even if the home already has a radon mitigation system in place, it is a good idea to get the home tested. Mitigation systems can acquire leaks over time and need to be fixed but the homeowner might not realize this.

Pipes in Montana can be a big problem for homeowners if they are not properly taken care of. Pipes can easily freeze and burst due to the constantly changing weather.

Homeowners that do not winterize their home soon enough can have pipes that freeze partially and crack the pipes. When these hairline cracks occur, there is no way to tell without inspecting the pipes for this, and it can continue to leak for years.

Home inspectors specifically look for this to make sure that you don’t buy a home that will need all new piping systems when winter comes.

Home inspectors find mis-wired electrical circuits all the time during inspections, and the cause of this is usually because of home repair jobs.

DIY electrical fixes are typically a bad idea, because each electrical system can be different based on the year it was created and if it has had any modern additions.

Improperly trained or in a rush electricians can also damage electrical circuits by being careless, which can be a huge hazard for the home. 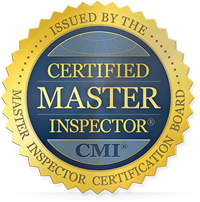 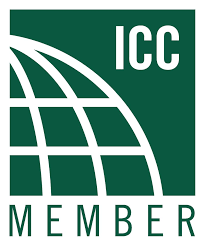 Click here to learn more about Asbestos & Safety!
How Much Does a Home Inspection Cost in Montana?